Someone has taken to task on some “Latinos for Trump 2016” to launch several fake profiles, troll numerous Chicanos, and provoke them by “photoshopping” them (very poorly) in some attempt to cause agitation/disruption, etc. Mas a menos, we know where this is coming from, but details will follow. The “troll” likely even used the photo of some unwitting person, as we have seen happen recently with these fake facebook profiles being continually launched.

We’re NOT about to speak on our conjecture, or speculation from which these fake facebook profiles orginate, as we are still gathering our own data. But the profile screen grabs are depicted below: 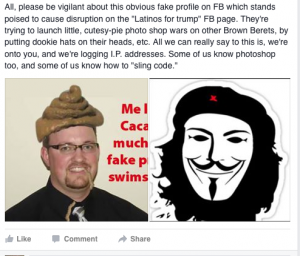 This last image is a response to the fake profile 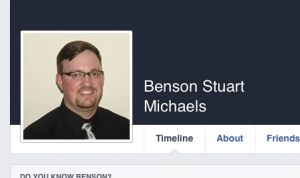