On this day, January 1, 1994, the indigenous peoples of Chiapas, Mexico initiated a rebellion against the Mexican Government and NAFTA (the North American Free Trade Agreement) in order to put an end to the exploitation of indigenous people in the area, as well as the dispossession of their land, resources and livelihoods.  The rebellion called itself the Zapatista Army, or Ejército Zapatista de Liberación Nacional (EZLN).

To this day, the Zapatistas remain strong in their fight against neoliberal policies and the inhumane treatment of indigenous people in Mexico. Though many Zapatistas were killed during the uprising, the Zapatistas are now able to control their own territory and maintain a large degree of autonomy and freedom. 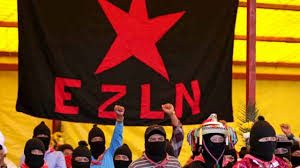