Even more slander and libel have been spread about Ricky Gonzales, Carnalismo Prime Minister of Nuevo Mexico. They have once again resurrected the LIE that Ricky Gonzales works with law enforcement. And Jon “El Gitano” Burns goes so far as to say that Ricky Gonzales smokes crack, drinks like a fish, and gets beat up by women and calls the cops on them. None of this is true, but what is true is that the last time Ricky called Burns and his cohorts on the phone confronting their lies, minutes later he recieved a phone call from New Mexico State Police Officer Olguin! That’s right, Burns and his lapdog called the cops on Gonzales. Audio of this may be posted soon.

See their repugnant statements below: 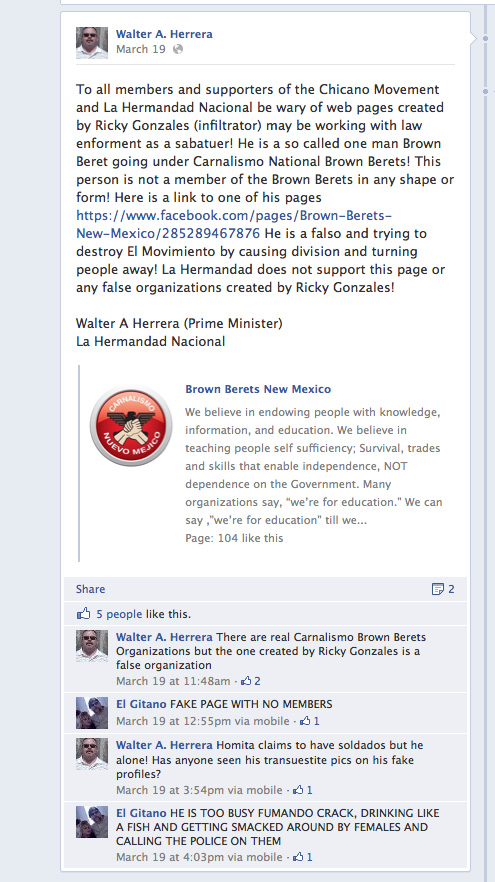 Ricky Gonzales is being libelously slanderd, yet Jon “El Gitano” Burns himself is the one with a PROVEN Law Enforcement background….talk about projection: